Improving both staff and patient awareness of specific topic areas, such as falls, medication errors, non-adherence, hand hygiene, and needle sticks, along with promoting patient safety values, and building a culture of patient safety, will help to reduce harm in dialysis facilities. Key focus areas should include patient-centered care, a blame-free environment, open communication, and shared responsibility for safety.

Promoting a culture of patient safety can improve health outcomes and access to care in vulnerable populations, such as individuals dialyzing in a nursing home or long term care facility.

Dialysis Care in a Nursing Home

In 2017, the Centers for MEdicare & Medicaid Services (CMS) recognized a new modality of dialysis therapy, nursing home hemodialysis, which recognized a nursing home as a resident’s “home,” thereby permitting the development of this service on site. CMS finalized and released the guidance in August 2018. The new guidance confirmed CMS’ recognition of dialysis in a nursing home setting (section 2271A, “Dialysis in Nursing Homes”), and states that Medicare-approved end-stage renal disease (ESRD) facilities can provide dialysis services to skilled nursing facility (SNF) residents in the nursing home with an approved HHD training and support modality.

The new models of service delivery created by the CMS guidance and regulations permit the treatments to be performed within the nursing facility either at the resident’s bedside or in a dedicated space within the nursing home, also known as a “den model.” Prior to the release of the new guidance and regulations, hemodialysis treatments in most states required that hemodialysis patients admitted to or residing in nursing homes be transported to traditional community- or facility-based dialysis units at least three times weekly. For many facilities, particularly those with frail residents with multiple comorbidities, or in cold-weather states, the difficulties are manifold, including the time, cost, personnel requirements and other risks associated with transport to a facility. In many cases, absent an accessible outpatient provider, potential residents remain in an acute care setting to receive required treatment. Numerous benefits associated with nursing facility-based dialysis include, but are not limited to, less disruption and cost versus off-site transport; safer treatment for vent-dependent and fragile residents; and less taxing—although in some settings, more frequent—weekly treatment using dialysis equipment approved for home use.

There are approximately 750,000 ESRD patients in the U.S., with assumptions of up to 10 percent of the broader population residing in nursing homes, based on U.S. Renal Data System and CMS data. Industry analysts suggest that this number will increase significantly based on an observed increase in the 65-and-older population. 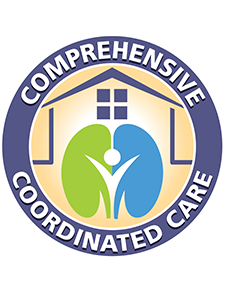 If you have questions or need assistance, please contact us: